Oxford Analytical are a GLP approved facility for all your Benzalkonium Chloride testing requirements.

Benzalkonium chlorides (BACs) are chemicals with widespread applications due to their broad-spectrum antimicrobial properties against bacteria, fungi, and viruses.

Benzalkonium chloride has three main categories of use: as a biocide, a cationic surfactant, and phase transfer agent in the chemical industry. It is widely used in cosmetics, wet wipes, hand and surface sanitisers. 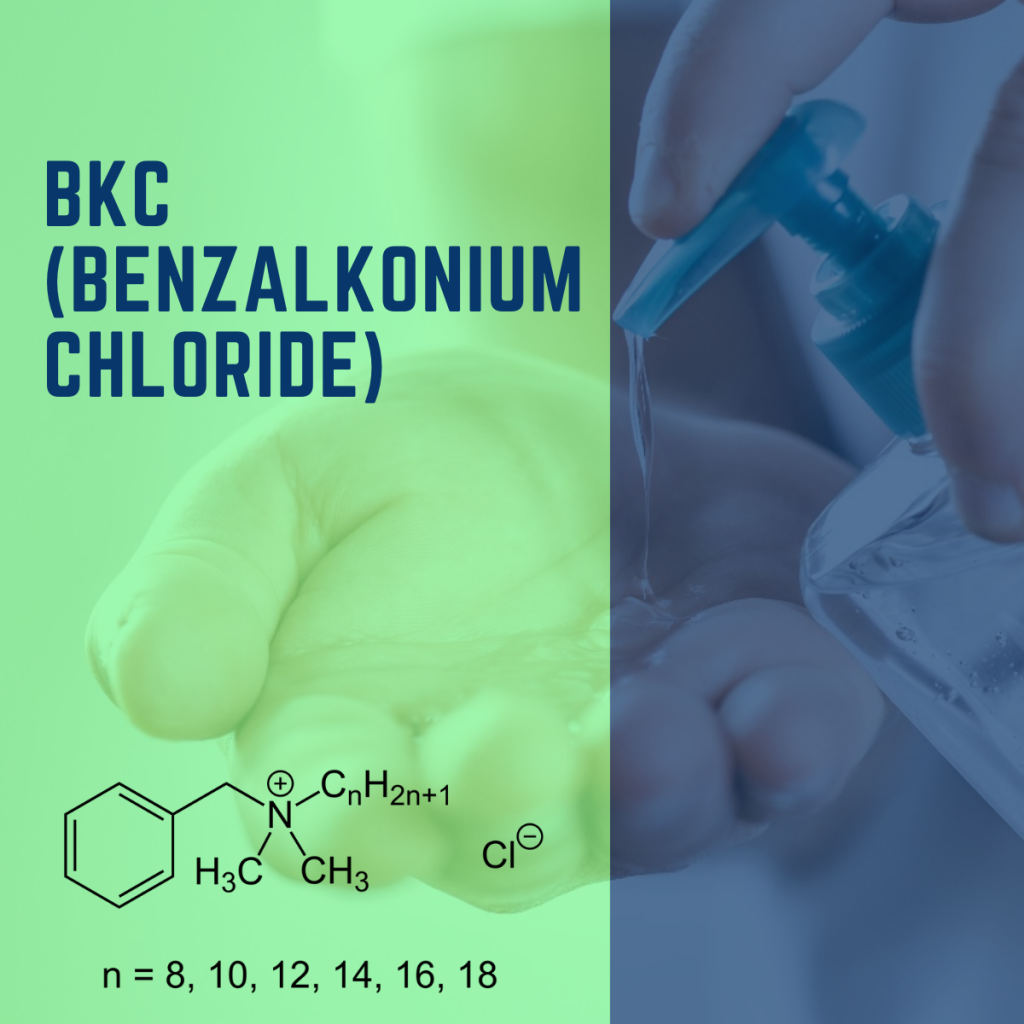 The purity of benzalkonium chloride and the structural isomer distribution is determined using an HPLC system with a gradient elution mobile phase and UV detection of the eluting aromatic compounds.

How can we help with your testing requirements?

Whether BKC is a single active or part of something more complex we can develop and validate methods to support your registration requirements.

Helping you through the Biocidal Products Regulations to be able to market your product and providing stability and safety data through various physical and chemical testing.

These tests can all be done in compliance with GLP where required, and if the formal certification is not required you can still rest assured that all of our processes are carried out following the same high-quality standards even when outside of GLP.

We partner with consultants and other laboratories to support additional testing requirements too – so if we can’t do it, we will help you find someone who can through our trusted network.

Please contact us for further discussion of your particular BAC testing requirements.

Details of our work with Agrochemicals

Details of our work with Biocides & Disinfectants

Details of our work with Storage Stability

Details of our work with 5 Batch Analysis and Impurity Profiling

Details of our work with Method Development & Validation

Details of our work with Physical & Chemical Testing

Details of our work with Routine Quality Check Analysis (QC)

We use cookies on our website to give you the most relevant experience by remembering your preferences and repeat visits. By clicking “Accept”, you consent to the use of ALL the cookies.
Cookie settingsACCEPT
Manage consent

This website uses cookies to improve your experience while you navigate through the website. Out of these, the cookies that are categorized as necessary are stored on your browser as they are essential for the working of basic functionalities of the website. We also use third-party cookies that help us analyze and understand how you use this website. These cookies will be stored in your browser only with your consent. You also have the option to opt-out of these cookies. But opting out of some of these cookies may affect your browsing experience.
Necessary Always Enabled
Necessary cookies are absolutely essential for the website to function properly. These cookies ensure basic functionalities and security features of the website, anonymously.
Functional
Functional cookies help to perform certain functionalities like sharing the content of the website on social media platforms, collect feedbacks, and other third-party features.
Performance
Performance cookies are used to understand and analyze the key performance indexes of the website which helps in delivering a better user experience for the visitors.
Analytics
Analytical cookies are used to understand how visitors interact with the website. These cookies help provide information on metrics the number of visitors, bounce rate, traffic source, etc.
Advertisement
Advertisement cookies are used to provide visitors with relevant ads and marketing campaigns. These cookies track visitors across websites and collect information to provide customized ads.
Others
Other uncategorized cookies are those that are being analyzed and have not been classified into a category as yet.
SAVE & ACCEPT